Founded in 2012, by Art Wilmes, Rising Star Racing (RSR) is a privately owned and operated motorsport group. RSR seeks to ensure that the most talented American driver(s) reach the highest ladder of open-wheel racing in the United States -- the Verizon IndyCar Series.

RSR is not a racing team; but rather, is a motorsport group that represents an elite group of pre-selected drivers. 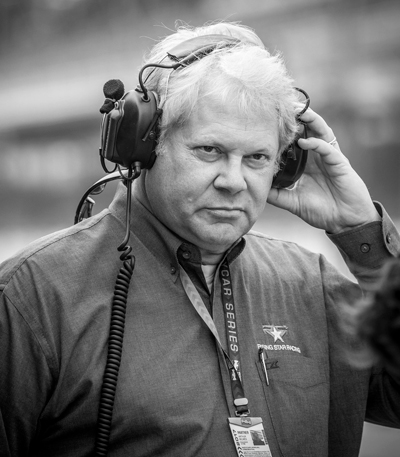 Art Wilmes has been a fan of open-wheel racing for nearly 40 years. Next to his interest in the sport of open-wheel racing, Wilmes is a successful businessman and actuary in Indianapolis, Indiana.  In 2017, Wilmes retired from his actuary firm and now operates as RSR’s CEO full-time.

Open-Wheel Racing in the United States of America

The MRTI Series offers a scholarship-funded path to the Verizon IndyCar Series. The presented scholarship is awarded to the three series champions and advances the driver to the next ladder with the funding necessary to compete.

The History of Rising Star Racing

At the time of his signing, Newgarden was in his third year of racing at the highest ladder of open-wheel racing in the United States – the Verizon IndyCar Series. With Newgarden an already established and contending driver, RSR had not only its first driver, but its first “brand ambassador.”

RSR seeks to develop natural racing talent and compliment it with the financial support needed to compete, through a “brand ambassador” program. The program itself has been developed to allow RSR the ability to take its assets and grow the program; while the drivers themselves have the financial support, they need to further their respective careers.

In 2014 RSR signed Spencer Pigot. At the time of his signing, Pigot was competing in the United States’ lower ladder series, vying for a chance to compete in the highest ladder through the driver development program – Mazda Road to Indy (MRTI).

With continued success from Newgarden and Pigot, RSR signed Neil Alberico in 2015. Like Pigot, Alberico was competing in the MRTI Series and was vying to reach the next ladder of open-wheel racing within the MRTI Series – Pro-Mazda.

Pigot successfully completed the driver development ladders and has reached the premier level of open-wheel racing in the United States. He is to date, the most accomplished driver to have ever completed the lower-ladder competition.

Alberico completed the Pro Mazda Series and advanced on to compete in the IndyLights Series. Alberico has spent the last two years competing in the series.

As it stands to date, RSR has three drivers with entries in two separate series. Josef Newgarden and Spencer Pigot will compete against one another in the Verizon IndyCar Series and Oliver Askew will compete in the Pro-Mazda Series presented by the Mazda Road to Indy.